The 4XA5 project was initially created as a part of the DIY cartoon market which took place in Amsterdam in 2012.

It started with a call out and ended up being a small but beautiful DIY collection of stories, drawings, cartoons and comics. 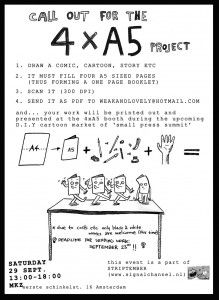 To market to market: 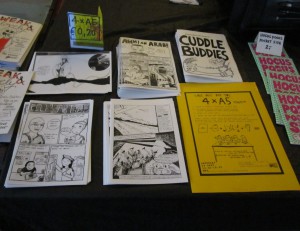 Since it was so much fun the first time around I was asked to try it a second time.

Even more DIY the second edition took place at the ZsaZsa Zine and drew more people than the last time. (Not so many, but more). 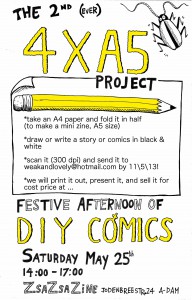 Outcome of second round: 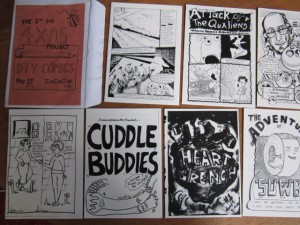 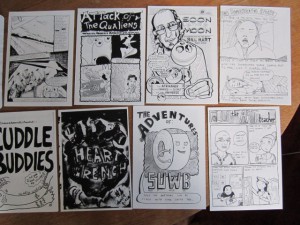 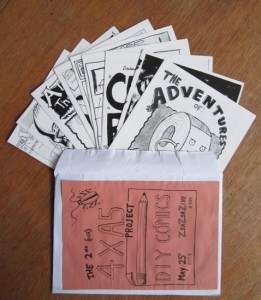 Take part! I dare you to… 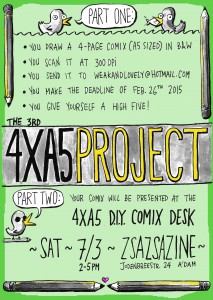 Thanks to all the contributors! A few pics from the day itself. 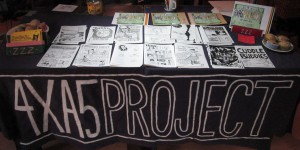 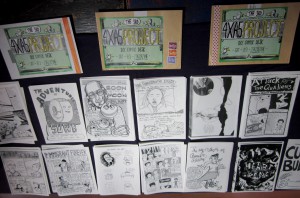 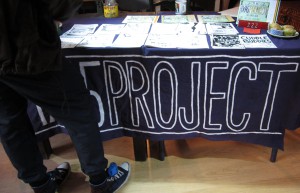